Yep, I’ve got them. I think we all do. To be a professional writer you really need to be in the habit of writing something every day. It doesn’t have to be 1667 words like NaNoWriMo but it does have to be something each and every day. So here’s my excuse for why I don’t do it every day. Every job I’ve had since 2007 has required writing many emails in a day. My new job requires the most writing compared to my past jobs. So by the time I get home at the end of the day, the last thing I want to do is blog or write. I feel like I’ve used up my allotment of words for the day before I get home. Which is why I am blogging this in the morning before going of to my job.

If I really want to change my habits then I will need to get up earlier in the morning so I have time to write before getting to work. Then, when I’m tired at the end of the day I can truly relax and read or watch a show and unwind.
Now, do I have enough motivation and determination to carry the theory into action?

It’s been a long journey to this point.  My current WIP is something I began thinking about many years ago.  It was the subject of my 2010 NaNoWriMo victory.  But I didn’t like what I had so I scrapped most of it.  I loved the idea and premise.  Just not how I executed it.  In January 2012, I started my first term as a graduate student with Seton Hill University.  My thesis is a novel.  So, I brought out Angels of Might and Mercy as a possibility.  It didn’t go over very well.  But I’d expected that because I didn’t like a lot of what I had.  I like the idea of immortal beings protecting mankind but I didn’t want to have such a religious tone because that limits the marketability.

After many month of rewrites, I think I have a better start.  Of the 90k words I’ve written, I got to only keeping 11k in the fourth attempt at starting the novel.  And this time it feels good.  Thanks to NaNoWriMo (some of the best motivation I’ve found) I’m up to 15500 words for the WIP which is 3950 words in two days for the competition.  I hope that the 50k word goal for NaNoWriMo will help me get further through the WIP so I can spend more time in my graduate course revising the story.

Yes, on top of everything else I am doing another year of NaNoWriMo. Hopefully I can get this WIP close to completion for a first draft.

– Posted using BlogPress from my iPad

My 71000 word middle grade science fiction novel is the controlled society of The Giver mixed with the wonder, mystery, and adventure of the Harry Potter series set on a dystopian robot inhabited world where eleven year old Archy has been left disfigured from bullying to resemble the worst criminals in history. Caught in the middle of a plot of kidnapping Archy can either save the people who shun him or accept the invitation to join the criminal underground.

I have finally finished the first draft of Archy Sparks and the Think Tank. I started this draft four years ago. I have found a great editor and will have lots of revisions to do after October. I am excited about this new phase.

I’ve decided to pull The Switch Pitcher from Xlibris. I’ve gone through with some more revisions to the story, changed the title to Life, Love, and Baseball, and now published myself through Kindle Publishing, Pubit with Nook, and GoodReads.com.  Now at a low price of $6.99!  All royalties go to my graduate school tuition at Seton Hill University.  Please read (links above), post reviews at the store and send feedback! 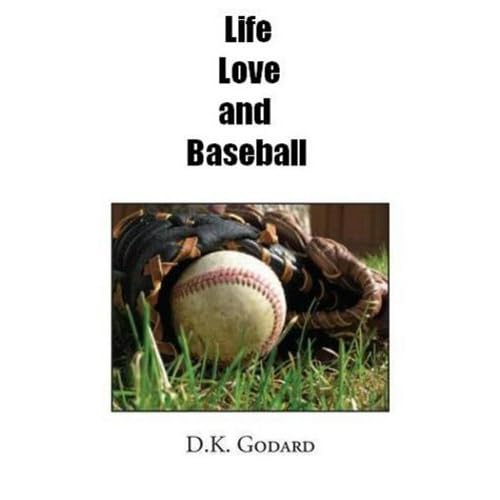 This blog will most likely have long periods of time in between posts as I stress over what to post.  I’ll start with a brief progress report.  I have a few projects I am working on so that when I get stuck on one I can move onto another.

The Switch Pitcher: Genre: General Fiction.
Self published May 2010 through Xlibris Inc.  Sold through the Xlibris store as well as Barnes and Noble  and Amazon.com in paperback and ebook formats.  Currently undergoing revisions so I can submit it to traditional publishers.